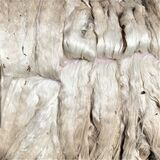 Multiple Get of Sire Champion 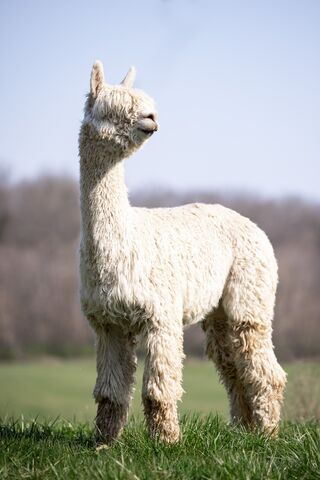 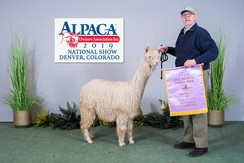 Artie's dam has special genetics, too. They are championship genetics. His dam is Berry Sweet Skylar Rose and she was a two time banner winner including being reserve champion at AOA Nationals. Skylar's sire is MMALP Beau's Damion and Damion's show career was cut short due to tender fleece, but his sire Black Beau of PVA was both a National and Futurity Champion. Damion's dam Eagle Valley Zambia has produced multiple champions including a National Supreme Champion. Skylar's dam BRKRD Duchess Rose also was not shown due to a tender fleece, but her full sister WLK Amera's Princess was the dam of 2 time National Supreme Champion Electrofyre's Cosmic Dust. The list of outstanding genetics in the bottom half of Artie's pedigree goes on and on. No doubt about it from top to bottom, Artie is one well bred boy.

To have all of the championships and judge's choice wins in his pedigree, the genetics have to be ones that produce outstanding fleeces. If you look at the EPDs of sire Limited Edition and dam Skylar, then you will find outstanding numbers (check out Artie's EPDs). So with the genetics and data a person finds in his pedigree, it is no wonder that Artie has such an outstanding Suri phenotype and such outstanding fleece characteristics that could be seen on the day he was born. His phenotype includes outstanding fleece coverage and an exemplary Suri head style. The fleece is fine, lustrous, dense, and organized. We are going to add him to our herdsire row and put him to work starting in 2023.
Scientific Data
Awards 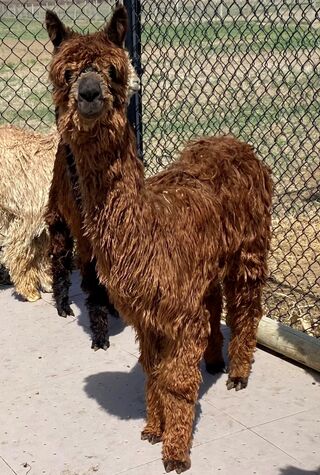 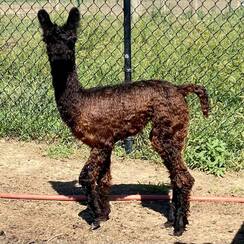 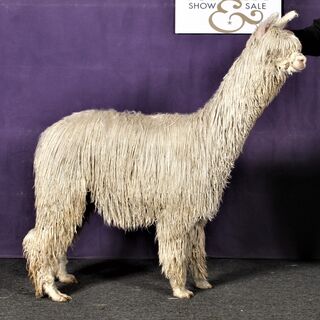 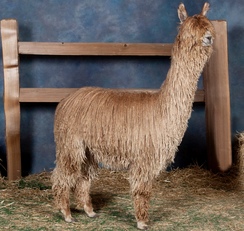